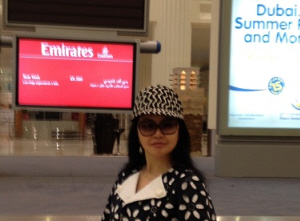 PETALING JAYA: Maira Nazarbayev, mother to Prime Minister Najib Tun Razak’s future son-in-law Daniyar Nazarbayev, is believed to have been arrested in Dubai as she was about to fly off to Europe for a vacation.
A source familiar with the investigation against the 50-year-old Kazakhstan native told FMT that she was arrested on Friday by the Dubai police based on a wanted notice issued by Interpol, acting on behalf of the Kazakhstan’s Ministry of Internal Affairs.
FMT could not officially confirm her arrest with the Dubai authorities. E-mails to her spokesperson Ronn Torossian also remain unanswered.
“She is being held in custody in Dubai now. She is represented by three US law firms and she has a New York-based PR firm to help her protect her image,” the source told FMT.
“She was arrested at the Dubai airport on June 22,” added the source.
Maira had landed in Dubai on June 18 from the US, on her way to Europe for a holiday with family and friends.
She had then released a media statement through Torossian, stating that she was free to travel and rejected claims that she was wanted by Interpol for various crimes.
She had said that American media reports about the Interpol “wanted” notice were completely inaccurate. Photographs of her in both the New York airport and the Dubai airport were also sent to media organisations to show that she was free to travel.
Her son Daniyar is engaged to Najib’s daughter Nooryana Najwa.Baca semua di sini. 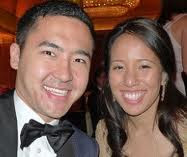